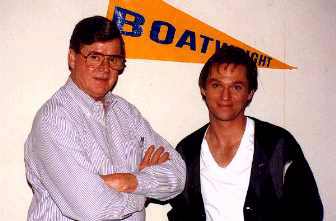 As A young man growing up in Schuyler Virginia, Earl Hamner dreamed of becoming a writer. He felt a desire, perhaps a need, to put to paper his feelings and experiences living in the Blue Ridge Mountains during the Depression. The life of that young man became the basis for John-Boy, the central character of The Walton's.

Earl left home right after high school to attend The University of Richmond. Army service called him away, but during and after his tour of duty he continued his studies concluding with work at Northwestern University and graduation from The University of Cincinnati. His broadcast production career began at WMBG, a Richmond radio station. Earl eventually moved to New York City to work at NBC Radio and to complete his first novel: "Fifty Roads to Town", which was published in 1953. Earl met his wife, Jane, in New York while she was an editor for Harper's Bazaar. They have two children: Scott and Caroline.

Other novels followed and the best seller "Spencer's Mountain" was made into a Warner Brothers film starring Henry Fonda and Maureen O'Hara. His next novel, 'You Can't Get There From Here", was selected by Broadway's Richard Rogers who was working on the musical version of the novel at the time of his death.

Earl worked in live television during its Golden Age, and when the industry moved from Now York to California, Earl and his family moved there too, in 1961. He wrote episodes for many of the free lance markets including "The Twilight Zone" and "CBS Playhouse." He became active in feature films and was selected by E.B. White to write the film adaptation of "Charlotte's Web." His other film credits include "Where The Lilies Bloom" and "Palm Springs Weekend."

"The Homecoming" was published in 1970 and became the basis for the beloved CBS Christmas special starring Richard Thomas, Patricia Neal and Edger Bergen. In the process of searching for the right casting, Earl, his Executive Producer Lee Rich, and Producer Robert Jacks viewed the Hal Wallis film: "Red Sky At Morning". That film starred the talented and sensitive young actor Richard Thomas, who caught their Attention for the role of John-Boy. Richard was busy studying poetry and Chinese at Columbia University but was persuaded to do the two hour Christmas special which led to the highly successful TV series. 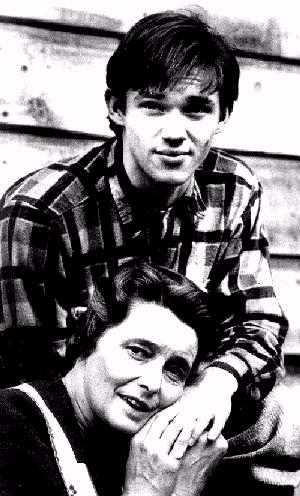 Richard Earl Thomas was born in New York City in 1951 to highly talented parents. His father, who was raised in Paintsville, Kentucky, pursued a career in ballet and danced with the Ballet Russe de Monte Carlo and his mother studied with the Royal Ballet of London. He grew up attending private schools in New York where his parents danced for the Now York City Ballet. Richard's own show business career began at the age of seven when he played John Roosevelt, son of F.D.R., in a Broadway production of "Sunrise At Campobello" His television career also began in the late 1950's with appearances on Hallmark HaII of Fame, Dupont Show of the Month, Armstrong Circle Theatre and several daytime serials.

Richard Thomas became a nationally recognized actor through his portrayal of John-Boy Walton, a part fashioned after the real life of Earl Hamner. These two highly gifted men combined their talents to create a unique character in what Americans have voted as their favorite family. In 1972, Richard won an Emmy for Best Actor in a Dramatic Series. Two years later, Earl received an Emmy for his writing in the series. After five seasons, Richard Thomas left the Waltons to pursue other interests.

He has devoted much of his time to motion pictures for television. These include: "The Red Badge of Courage," "The Silence," "Roots: The Second Generation," "All Quiet On The Western Front," "Go Towards The Light," and the HBO mini-series, "Glory-Glory." In the early 1980's, he starred in four successive television films: a remake of "Johnny Belinda", in which he played the role created by Lew Ayers in the original motion picture; cable versions of "5th of July" and Neil Simon's "Barefoot In The Park;" and the title role in "Living Proof: The Hank Williams Jr. Story," which he also co-produced.

Two volumes of Richard's poetry have been published by Avon Books and he is at work on the third.

During this time, Earl wrote and produced the series "Apple's Way," "Boone," "Thorpe," "The Young Pioneers," "Morningstar/Eveningstar," and "The Long Hot Summer." In a total change of pace from gentle family fare, Earl wrote and produced the pilot for "Falcon Crest," the study of a rich and ruthless family of vintners in California's Napa Valley. When asked how he came to write a show so different from the Waltons, Earl Explained, "My family first came to Virginia because Thomas Jefferson wanted to start a wine industry. His neighbor, Philip Mazzei, imported four Italian grape growers from a town called Lucca in Tuscany. When the vines wouldn't grow, three of the Italians went back, but the one that stayed, Giannini, became my forbearer. Since I had wine in my background, I bought a vineyard near Sacramento. I thought I could write a series using the wine industry as my setting. I intended to tell the same kind of stories I told on The Waltons of family life and involvement, but CBS said they didn't need a show for 8 o'clock but something more adult. I revised my innocent approach and created stories about avarice, lust, ambition and manipulation. The series, starring Jane Wyman, enjoyed a successful run of eight years on CBS.

The 1990's began at a record pace for Richard Thomas. He appeared on stage in New York in the world premier of Steven Tesich's "Square One", three movies for television; co-starring with Stacey Keach in "Mission Of the Shark," "Yes Virginia, There is A Santa Claus" and "Crash Landing: The Rescue Of Flight 232." 1992 found Richard at the Alley Theatre in Houston starring in Robert Wilson's "Death of Danton" and the CBS Television movie "I Love You To Death: the Laura Black Story." He starred in the ABC television movie "Death In Small Doses" (1995), the USA Network film "Linda" and the CBS Network movie, "What Love Sees (1996)."

Ben Brantley, in 1993 writing for the New York Times, said of Richard Thomas' title role in the Shakespeare Theatre's production of "Richard II", "Surely, no Richard II has ever given up the throne of England with quite the deviltry or vigor that Richard Thomas brings to that Shakespeare production....lt is to Mr. Thomas' credit that he makes the part so distinctly his own, with a fiery style that should rightfully banish forever the ghost of the gentle John-Boy Walton. John-Boy playing Richard II or Hamlet? Yes indeed! A highly respected actor who consistently aligns himself with quality projects, Richard Thomas moves with equal ease from stage to television to films, and as Newsday stated, "he has become one of his generation's most versatile and prolific performers." 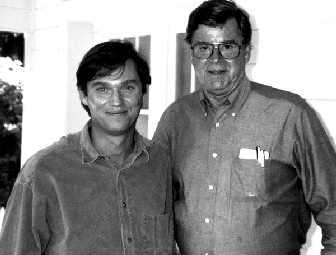 Much to the delight of Waltons fans everywhere, Earl and Richard have been reunited in three Waltons Specials, "A Waltons Thanksgiving Reunion," "A Walton Wedding" and "A Walton's Easter." Off camera, there is open admiration and respect between them and it is obvious that their friendship had spanned the years. Richard said he was thrilled at doing the sequels and being reunited with the cast members. He believes the Waltons was and still is unique in television and a forerunner of family oriented programing. 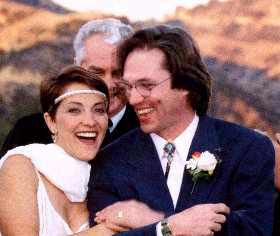 Richard and his second wife, Georgiana, were married in 1994. They recently celebrated the birth of their first child. Richard's children: Richard Francisco and identical triplet daughters; Barbara, Gwyneth and Pilar; and Georgy's children: Brook and Kendra were in attendance. The baby was named Montana James Thomas after Richard's grandfather.

This has been a momentous time for Earl Hamner. His fifth book, "The Hollywood Zoo" will be published soon, and he is working on several other projects. The Walton's Mountain Museum was recently dedicated to the memory of his parents. After years of reluctance he had finally agreed to produce the recent Waltons Specials. Each one has captured an audience of over 20 million viewers. The 6,000 fans who attended the opening of the Walton's Mountain Museum proved to him that the interest, perhaps the need, was there for more of the Waltons. He was deeply moved that day and is delighted that so many people feel so much affection for the family that he created twenty-five years ago. He hopes these new episodes are of value to the fans of the show and that the American people will continue to enjoy stopping in at Walton's Mountain and renewing old friendships. 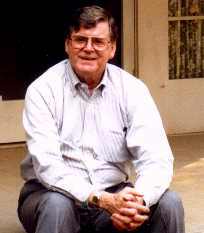 ©1998 Blue Ridge Publications. This Web site was designed by the editor of The Blue Ridge Chronicles.